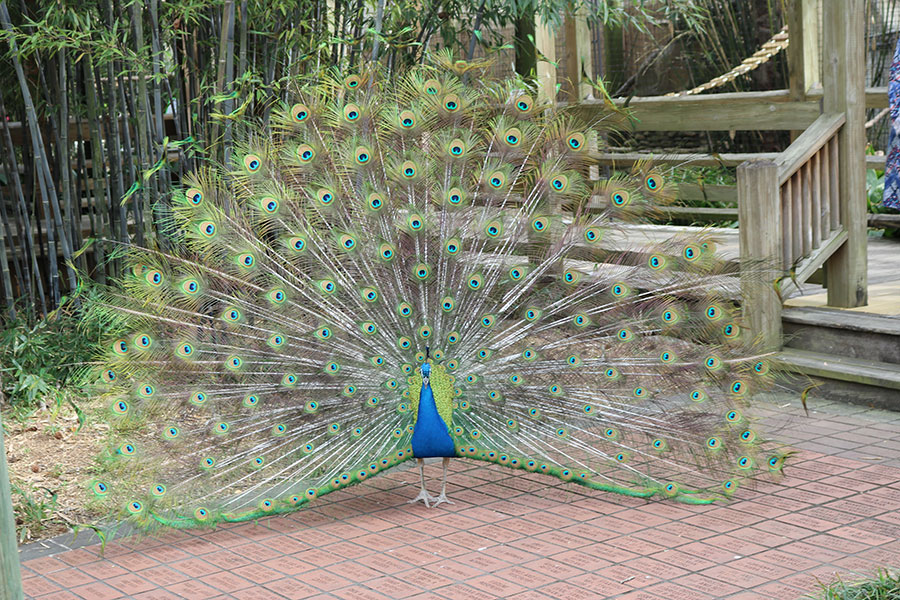 The beautiful, long-feathered train of the male “peacock” is the most distinctive and well-recognized feature of the Indian peafowl, also known as the Indian blue peafowl. The male’s total body length is approximately 7.5 feet long, with the train averaging 4.62 to 5.28 feet long. He has a fan-shaped crest, a metallic blue head, and a bright blue neck and upper body. The tail has long, ornamental feathers with black eyespots on the rounded tips. The peacock weighs approximately 6.06 to 8.8 pounds.
The female “peahen” has a chestnut-brown crest and neck with feathers bordered in bronze and metallic green. The train is present, but it is much shorter than the males’ and does not have the distinctive eyespots. Peahens weigh slightly less than peacocks.